Every year on this day we try and remember what had happened to the world on this day – years ago, and what it actually signifies. For many this day has served as a wake up call to see what religious zealots can do, and as a constant reminder of the fight for domination in the world of religions.

We learned that suicide attackers can be educated, from “good” families, with college degrees and from financially well based backgrounds, we learned that suicide bombers did not necessarily live in an oppressive environment and that they could come from a wide range of nationalities, and most important of all – we learned that in order for them to do what they did they needed to be believers – perfect followers.

This can be applied to all organized religions and not only Islam. The religion that will forever need to explain why on that bloody day President Bush called it “the religion of peace” when it is clearly not even a remote candidate for this title (and will never be), its competition had lost the chance to be named so a long time ago.

We learned that once you believe that god is real and that real men carry his word, everything else simply aligns and you can very easily do the most horrific things in the name of god, or love, or peace.

And most of all we learned that the target of religious terrorists is to strike fear and hit the symbols of the western society, not fight an “honest” face to face war with it.

The one last thing that we learned (not much help from the traditional media sources) is that the attack was planned on a day commemorating the battle of Vienna 1683, sending a message that this was a new battle – in a very old war, that this was a war that started long before the United States was formed, before there was even a faint idea of the Jewish revival movement, before anyone called himself a Palestinian, and that this attacks had nothing to do with 20th century news and history and everything to do with a religious fanatical war.

Ten years ago, after the 9/11 attacks, many of the world leaders went out of their way to explain to their people that the actions did not reflect the religion of Islam and everything it stands for, like many obedient citizens around the world I too listened and nodded as they talked about “the religion of peace”, as if out of the three monotheistic religions Islam was the most peaceful one.

If it was not religion what was it? was it something personal all these hijackers had against the city of New York and Washington? of course not. Was it something racial? probably not, ah, there is it – it was a misunderstanding of the holy books of Islam, so not really the religion but the interpretation of it by some religious extremists. I bought it, seems to make sense.

But even with this misunderstanding there must have been something that moved these people into action, and it seemed that the only things that could really do that would be the treatment of Muslim countries by the West and, of course, Israel. The Israeli Arab war and the fact that Israel was so close to the west in its identity and philosophy added a lot of fuel to this fire, with the American weapons support it only made it worst.

So all the pieces fell in together, it all made sense, some radical Islamist had some twisted idea of Islam and decided to punish the US for its arrogant behavior towards the Arab world and Israel. And that worked for a while, but then we started getting the footage from Egypt, Lebanon, Jordan, Gaza and Saudi Arabia, it looked like a lot of people were real happy with this, it looked like thousands actually celebrated 9/11.

So it was not just a few deranged crazy guys, it was much more, it was a culture of anti American sentiments and hatred of the U.S., and only a few years later I finally got a satisfying answer.

The terrorists singnaled a very clear message to us in the west, the war for world domination is up once again, it was stopped for 318 years, and on Septmber 11th, 2001 they have resumed their fight for the world Islamic caliphate. This is a war which is hundreds of years old, it will not end if Israel falls, and it will not end if the U.S. will fall, it will end when the whole world falls and we all submit to Islam, giving away democracy, free speech and many other of the great things the western civilization accomplished.

Apparently there are many different meetings and conferences these days, just hours before the world remembers the September 11th, 2001 attack, that are trying to get as many different religious leaders in them to tell the world what is the hard learned lesson that we all learned on that terrible day – do not hold anyone accountable for what happened, it is not religion that did it, its just people.

OH REALLY? So, if it does say so, explicitly in the Koran that you should kill infidels and unbelievers, and if you are a person who truly (somehow) believes that god has written every word of that book (as read to his illiterate messenger in the desert) would you not think that god has clearly told you that killing infidels is exactly what he needs and wants?

Would you not say that the very spontaneous and joyous celebrations that spread out all around the Muslim world as word of the attacks reflect how clear this is to anyone believing Muslim?, and if it is so wrong, how can it be that since that dark day nearly 10 years ago so many similar attacks happened all over the world?

The Dalai Lama is in one of those things that are probably created by Muslims to try and stick as many other religions with them as they say it not religion. This one is in Canada, and the title of the news story I saw is that the Dalai Lama is asking for everyone to stop correlating religion with the crazy acts of individuals, well that could have been easier if the whole religion is based on turning everyone around you to a believer or a corps.

I say paint all religions, including the one of the Dalai Lama (who is a nice man and all, but still follows a dogma just like any other religion) in its true colors, from plain evil to mad, sadistic and arrogant, religions are exactly what their devote followers do and should be held accountable for each and every action, especially Islam which is trying to use everyone around to decrease its level of guiltiness in the slaughter of thousands of innocent people all around the world in these last 10 years.

It will not matter how many Buddhists, Jewish scholars and Christian pastors Muslim will gather up to say that all of them are not guilty, of course they are not guilty, Islam alone is guilty, and it cant help it – as far as they are concerned it is the express wish of god to have Muslims cut heads of infidels. 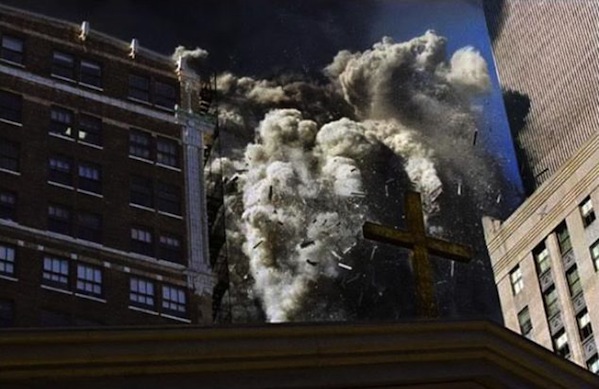 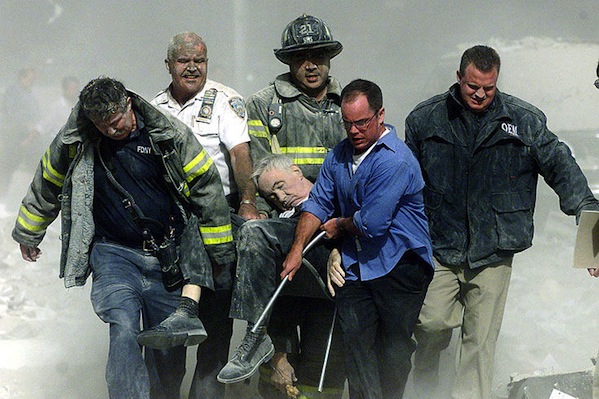