Whenever terror strikes, in Istanbul, one a Russian plane above the Sinai or in the streets of Paris you can count the minutes until someone mentions the obvious, “most Muslims in the world are good, honest and hardworking people, they have nothing to do with this kind of behavior and they certainly do not support it”. Well, thats is somewhat true, not completely true.

Here is a terrifying truth about your Muslim neighbor, the guy that owns that nice Lebanese restaurant and the nice shy Muslim woman who you see in when you walk your dog, almost all traditional Muslims have some support for the ideas of the most radical, militant and fanatical terrorists out there.

This might sound pretty harsh, and it is – and it should make you think about it for a moment. This is not a guess or an invention, it i s based on annual research and polls presented to Muslims around the world – and especially ones in the Western part of it, and in all of them you will be shocked to find that, for example, Muslims in the UK strongly believe that blasphemy should be punished, or that directly insulting the prophet should be punishable, and by punishable they do not mean someone writing you a ticket.

So while Muslims all over the world might shake their heads and sigh over the Paris attacks, they will not truly condemn the “Charlie Hebdo” massacre because “why should they paint hurtful images of the prophet to begin with?”, and that is exactly the kind of connection many traditional and Western Muslims have with the most radical murderers out there.

An easy way to spot this is the answer “Yes, but…”, notice Muslims defend terror, murder and even calls for genocide by saying “yes, but…”

The Americans brought this on themselves by invading Iraq.

The Danish papers should not have published those images.

The French should not have bombed those villages in Syria.

The Jewish girl should not have been somehow connected to the State of Israel.

There is no “but”, killing innocent people, targeting them, months of planning on how to murder the most coffee drinking Parisians does not have any type or kind of excuse. Try and think of one major terror attack of the recent years that did not directly targeted unsuspecting civilians, its not easy to find one. There is no “struggle” or “fight” there is just a routine killing of anyone who is not liked by the radical Muslims, in Turkey in Sinai and in Paris.

Before anything, we stand with the good people of the French republic, as any normal and decent human being living in these times should. However.

It has not been one full year since the Charlie Habdo slaughter, it has not been three years since Muslim fanatics murdered a young blond haired girl at the yard at her school by pulling her hair and executing her. France has been fully aware of the threat of ISIS and all other muslim groups and has done little to stop them from operating in France, whatever little they did do failed miserably last night in Paris.

The failure to know your enemy, to realize who it is, what it wants and how he plans to get it is so fundamental to any struggle and yet the French has done nothing to try and advance on that front. Religious fanatics, coming from the Islam religion, are not even called what they are on the media, they are “attackers”, their victims have “died” and not “murdered”. There is no doubt, a culture that will not stand up and defend itself is not worthy of life – the France republic is heading this way and fast.

So, it is no longer “just the Jews” or “just those freedom loving caricaturists in Charlie Hebdo”, its everyone, all the time – in practically any country in Europe. It has always been that way – but the French diluted themselves into thinking that they would dodge this bullet, by being nice, by sympathizing with terrorists in other countries, because some terror is somehow justified ???

And now its time to pay up, and as always it is the worst possible time because Europe had just introduced hundreds of thousands of Islamic immigrants into its very heart, without records, papers or any idea who these people are. These people will now add to the already existing multitude of European citizens who actively plan to carry out attacks against their own neighbors and the country they live in.

If there was ever a time for militant atheism it is right now, incorporate it into your laws France, step up to the challenge, take your religious citizens and demand of them a clear stand – are you with a secular, democratic republic or are you with you blood lustful god?. 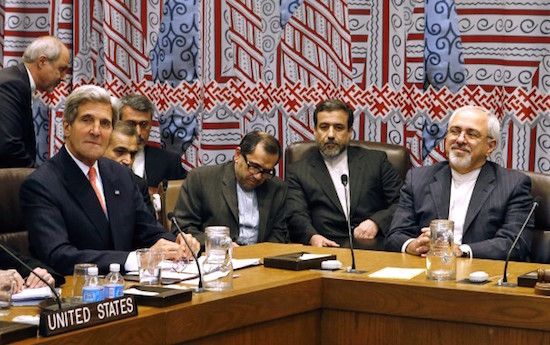 The second week of September is always difficult, well not always – it has been difficult for the last 13 years, since September 2001. Almost everyone remembers president Bush speech in which he said the Islam is the religion of peace, and maybe the same thought had passed in the mind of the current president last weekend.

Obama’s ISIL speech made one false accusation and labeled the fighters of the Islamic state (ISIL, or ISIS if you want), for some reason the president wants to deny this group of people the only one thing that they truly are – Islamic.

How can an American president even start to give out marks for religious capabilities to anyone? from when did the main job of politicians start with correcting the names by which we can groups of people who are united in a common cause (as wrong and as prevent as it might seem to them, or us).

So we find ourselves, 13 years later, with the same distracting and fully wrong message ringing in our ears – the exact opposite of the evident truth is told to the masses in hope that they will take the bait and… keep calm and carry on?

It does not work any more, even fanatic dazed neo-liberals (ones that prefer full rights to the religious and reduced rights to secular) everyone knows that this fight is about religion, that its main purpose and call is for religion – and much more than that, these Islamic fighters now in middle east are in fact reenacting the same path of the historic birth of Islam, if the prophet would have arrived today he would find in them the perfect partners to share the prophecy, in this sense these people are (to Islam) perfect believers.

So please, first out of the respect for the intelligence of the general population and second for the simple idea of understanding who you are facing – say the truth, ISIL is everything but not Islamic, it is as Islamic as it gets.