The last thing Gaza needs right now is for you to pray for it. It has way too much of that going on, including the person above, once again confusing Israeli population for simple Jews, for a moment of neglect Imams can drop the facade of a focused “humane” attack on Israel (for no reason at all) and actually say what is on their minds – this whole thing is about Muslims killing Jews.

Of course when one says “pray for” this or that they do not always mean religious prayer, so let us suggest a few real things that we can wish for, starting from the simple ones to the more politically saturated –

Wish for Hamas to fight like an army and not like cowards, not use civilians and children as shields, not force families to stay in areas from which they wage missiles attacks on Israel.

Wish for Hamas to fight like an army against an army and not focus most of its resources to try and kill non-combatants in Israeli populated cities.

Wish for Qatar to focus on building itself as a media mogul state and not sponsor Jihadi terror organizations.

Wish that the security of Palestinians in Gaza will be regard as chiefly the task of Hamas and not of Israel by the global media.

Wish that Hamas would use its 500,000 ton of concrete to build schools and hospitals and better living conditions for its people, rather than build underground cities to service its elite and suicide platoons.

Wish that there will be a 10% increase in the Atheist population of Gaza, leading them to ask that one simple question “why do we need to keep trying killing Jews instead of building a better life for us with those millions of dollars from Qatar and other Arab states”.

Wish that those Arab states who donate money to Gaza would not demand that its exclusively used to murder Jews.

The surprising news from Spain announce that the country is considering to re-invite its long lost Jewish community to the country by granting citizenship to those who will prove ancient roots in Spain. The mass deportation of Jews occurred in the times of the Spanish inquisition, who aimed mainly to clear Spain of all religious minorities and create a fully Catholic Christian society.

Beyond the curiosity as to why do this (at all, or now), the response this suggestion has from the Jewish side is almost as astonishing as the proposal, while many Israelis are happy to explore the possibility of having another passport some Rabbis already published strong opinions against embracing a Spanish citizenship. It is reported that Rabbi Aviner has a very simple reason for denying the Spanish gesture, “Jews should never forgive the Spanish for the inquisition and accepting the passport will be interpreted as a sign of forgiveness”.

But who is Rabbi Aviner actually angry with? People who lived (and died) 500 years ago? is he going to look for Torquemada’s descendants and let them know he is upset with their long dead – and whom had absolutely no influence of any kind – forefather?, this is a philosophical question, however it should be clear to anyone living today that having issues with actions and resolutions that are centuries old are not relevant to any living person today. Furthermore, letting go of this grudge risks yet another destabilization in the form and shape of the modern Jewish identity which is structured around the terrible things done to these people during the 2,000 years of Christian bigotry and proudly followed by the Muslim world, in other words forgiveness and acceptance are the biggest dangers that this Rabbi has in keeping his flock nearby.

Back to the Spanish, why would they do this right now?, well the reasonable answer is to right the wrong, to patch a significant period in its history and apologize for the victims of its actions. But seriously, Spain and Israel has good relations,  as well as Jewish communities all over the world with Spain, so there is no issue here. Promotion the pluralist and tolerant Spanish culture was another reason, however anyone who visited Spain in the last 10 years knows the huge number of immigrants in its cities, Spain is one of the biggest immigration countries in the world.

The last possible reason, which is no doubt the most cynical one, is the financial crisis in the country, which is so dramatic and deep experts estimated a whole generation will live under it for most of its lifetime, is causing native Spanish to leave their country in search for a better life, an injection of a new type of population which Spain has not had for hundreds of years might just turn this thing around, however try and convince someone to move into a country he has no connection with only because 500 years ago an ancient ancestor might have lived there…

All of this reminds us of a great speech the wonderful Christopher Hitchens made, in which he mentions, naming one after the other, countries that forced its Jews to leave (or killed them) and eventually that country lost its power. 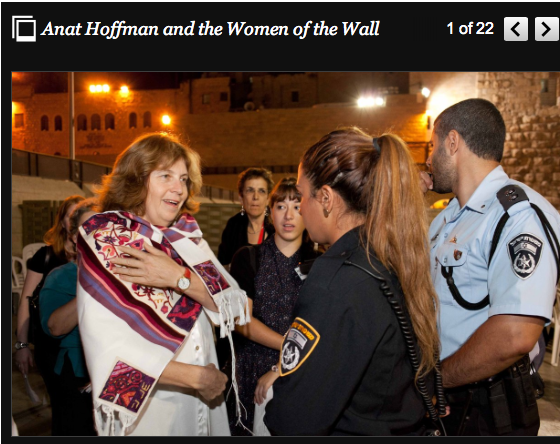 Title should actually read – “no Yarmulke in super hero land – without royalties”.

Looks like Marvel, the company who owns the creative rights for the Spiderman super hero character is going after a Kippa shop in Jerusalem, looks like the Yarmulke maker went too far and created yarmulkes for kids baring the Spiderman trademark on them.

Besides this being the funny post of the day (when other subjects are Islamists trying to force limitations on freedom of speech in the U.S.) it does make one wonder about how modern a religion can be and not be – in the same time.

It is clear that some parents want to please their children and buy them an animated Kippa, just like the T-shirts and the shoes, this piece of clothing also joins in on the consumer marketing fiesta, however it seems very strange that with all this modern day openness for super heroes  the same religion would be again organ transplants, a thing that did not exist in the ancient world (just like a Spiderman kippa) but could be much more useful.

Religious Jewish parents would let their boy put on a Kippa with a picture of a super hero, who has incredible spider power given to him by a scientific mistake he made in the lab, but would not let that same child go to a Yoga class because there is a chance he would be introduced to teachings of Buddhism.

The democrats are nominating a president and in the process of doing that they also decided to touch two issues that are way out of the comfort zone of most old-time liberals. The first subject is somewhat hazy and unclear and states a kind of loose affiliation with god, which is a strange thing because anyone who watched any of the republican convention would tell you that they fiercely claim god in a republican.

And now, on a serious note, why would Jerusalem not be the capital of Israel?, the city was built by Jews hundreds of years before even a mere idea of Islam was born, it was source of jealously to the ancient Greek and Roman empires and had had a consistent Jewish presence in it even though the bluntly hostility of many of the foreign rulers of the city.

Just because Islam affiliates itself to any of its targets can not be a reason to not recognize the only major holy Jewish city that is, without any doubt, rooted in its scripture and in its history the far surpasses the Islamic one (actually has proof of ownership dating before Islam was born).

However the US democrats want to get their feet wet just now, it seems only natural to ask why would anyone leap over this mostly Palestinian issue of blocking Jerusalem for the Jewish state, and why do it right now.