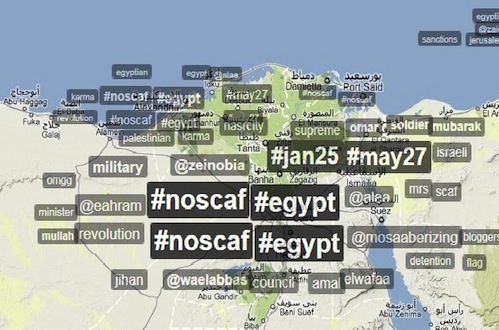 The social media servers are standing ready for tomorrow, as many of freedom lovers around the world. Tomorrow we might see the rebirth of the Egyptian revolution, and with it a renewed sense of dignity and respect for the people who wanted freedom and will not stop until they get it.

See, changing the name of a dictator or tyrant is not that difficult, once you place the old one in jail or hang him or her it is really only a question of time for the next in line to jump in and assume the position, robbing and locking people as they go. This pattern is so imprinted into the Arab Muslim society that it almost seemed like its going to be the same here, but for some reason it is not. The people of Egypt feel that they have done all of that work for nothing, and now they are getting something that is more of the same, or even worst – a paved road leading to the first extreme official Muslim brotherhood branch government.

So check out the social media pages, and do whatever you can to let people know that the people of Egypt want real freedom, that the women of Egypt want respect and change, that the atheists that started this revolution want to be a part of the new Egypt, and not to be locked or murdered, forgotten and abandoned.

From here the only thing I can wish the people of Egypt is that they will win this revolution, that things will really change, the religious fear mongering will not win the day and that they will join us in our call to move humanity forward to progress and leave religion behind us.