Whenever terror strikes, in Istanbul, one a Russian plane above the Sinai or in the streets of Paris you can count the minutes until someone mentions the obvious, “most Muslims in the world are good, honest and hardworking people, they have nothing to do with this kind of behavior and they certainly do not support it”. Well, thats is somewhat true, not completely true.

Here is a terrifying truth about your Muslim neighbor, the guy that owns that nice Lebanese restaurant and the nice shy Muslim woman who you see in when you walk your dog, almost all traditional Muslims have some support for the ideas of the most radical, militant and fanatical terrorists out there.

This might sound pretty harsh, and it is – and it should make you think about it for a moment. This is not a guess or an invention, it i s based on annual research and polls presented to Muslims around the world – and especially ones in the Western part of it, and in all of them you will be shocked to find that, for example, Muslims in the UK strongly believe that blasphemy should be punished, or that directly insulting the prophet should be punishable, and by punishable they do not mean someone writing you a ticket.

So while Muslims all over the world might shake their heads and sigh over the Paris attacks, they will not truly condemn the “Charlie Hebdo” massacre because “why should they paint hurtful images of the prophet to begin with?”, and that is exactly the kind of connection many traditional and Western Muslims have with the most radical murderers out there.

An easy way to spot this is the answer “Yes, but…”, notice Muslims defend terror, murder and even calls for genocide by saying “yes, but…”

The Americans brought this on themselves by invading Iraq.

The Danish papers should not have published those images.

The French should not have bombed those villages in Syria.

The Jewish girl should not have been somehow connected to the State of Israel.

There is no “but”, killing innocent people, targeting them, months of planning on how to murder the most coffee drinking Parisians does not have any type or kind of excuse. Try and think of one major terror attack of the recent years that did not directly targeted unsuspecting civilians, its not easy to find one. There is no “struggle” or “fight” there is just a routine killing of anyone who is not liked by the radical Muslims, in Turkey in Sinai and in Paris. 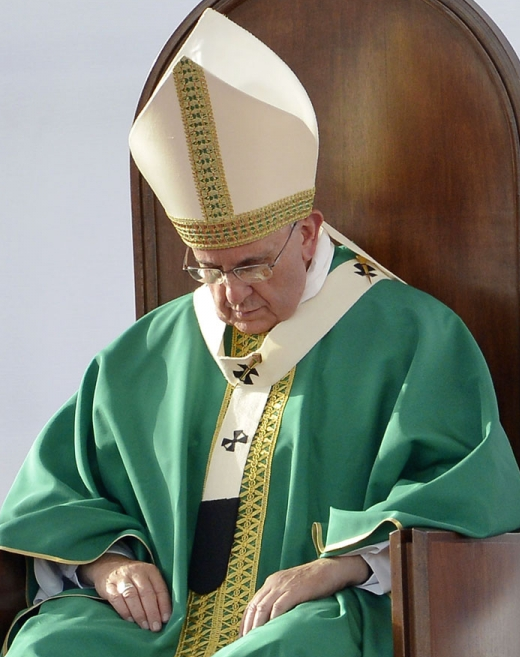 A video on YouTube shows a rough scene in Mönchengladbach, Germany. A large group of peaceful people are praying in the tradition of Islam and a lot of other people surround them and make very loud attempts to disturb the prayer.

The initial thought is to denounce the disturbers and help those peaceful men (as far as I could see, exclusively men), because after all – they are only praying. Give it another couple of seconds and another thought might cross your mind – why do they need to perform this religious act on the street, why not in a proper place of worship – we do know that there are thousands of Mosques in Germany.

This is not the first time, nor the first place, that Islamists try this subtle tactic. Sometimes under the delicate threat of public disturbance in order to get yet another Mosque building permit and sometimes just as a public show of strength the street prayer has been used all over Europe to show the locals who is running things. Run a quick search in YouTube and you will discover many videos of dazzled Parisians trying to figure out how to get from one part of the city to another and Londoners unable to cross the street – let alone drive through a public road. Videos from Moscow show a huge crowd taking over large part of a neighborhood – to the dismay of passers by.

So, with the risk of quickly being labeled “Islamophobe” we really need to conclude that anyone who ignores any idea of the public space and goes to pray at the expanse of others even thought there are plenty of indoors places of worship around is simply a thug who is pursuing a goal that is far beyond his own little piece of salvation. In simple words this is a violent and aggressive way to force a religious system upon a society that generally has no wish to even consider that religion.

Unfortunately it is clear that many of those anti street prayer demonstrators are not champions of liberalism and peace, and it seems evident that some are plain racist and fascist, it is important to resist this act and make sure that these people realize the fine lines that they should respect in Western societies.

If you were an immigrant, the best place on earth for you would be Sweden, its not new – its been that way for at least 30 years (maybe more). A deeply liberal country with amazing social benefits and a welfare state, Sweden has been bending over backwards for decades to accommodate all kinds of immigrants from all sorts of countries. So it should come as a shock to anyone that this country is experiencing a wave of riots of immense scale, and that this is coming from the pampered and privileged immigrant community.

When reading the regular media one will know only that this rioters are “immigrants”, and a quick check will show you that at least until 2010 Sweden had most of its immigrants from Finland, one look at the video footage of the riots will show you no native Finish.

So who are those people, and why (the hell) would they burn the country that took them in so nicely?, well, these are immigrants coming from Muslim countries, people that had not integrated to the Swedish society and that are living in their own sub culture that regards itself superior and better to the Western one.

It should be clear that the reason for this is not economic, it is not the treatment those immigrants had been given, its got nothing to do with how Sweden treated them. Its about violently forcing the host culture to recognize the power of the sub culture, and as a result surrender more “space” for it. This is a good old show of force to show the landlord who is the real boss, and unbelievably enough – its working just fine.

As long as no one stands up and tells it as it is, that this is a struggle of East-West cultures (rather – religions), the problem will not be solved, because apparently – there is no problem, the only thing is that no one understands why these people are so upset. It is not a big source of amazement to anyone familiar with the never ending superiority claims of all religions, and Islam in particular, to discover the children who have been told, all their lives, that they are better to the native Atheist Swedes, that they will rule the country, that things will be better when everyone is Muslim, have grown up to become violent thugs who actually expect Sweden to become another Muslim country.

Unless anyone thinks that these rioting immigrants are Finnish and Poles who want everyone in Sweden to start speaking their language, eat their food and adopt their culture, we have got to be talking about one thing only – and that is religion, Islam in this case.

Anyone who had followed the news out of Sweden in the last couple of years knows the growth in criminal activity – the alarming rape statistics and the hundreds of fires, started by people, every year that this country is dealing with for years now. So this is not new, its only grown, as have the numbers of those who have been causing the trouble.

And it is a shame that Sweden, an almost proud Atheist nation, lies itself into cultural suicide. Paralyzed by fear for immediate pain and punishment by its imported Muslim community this country simply will not face the music and say the truth, Islam in Sweden had reached a point in which its followers believe that they are strong enough to forcefully take privileges, the basic Hudna teaching of Islam. For the sake of meatballs, let up hope someone decides its better to be brave and honest, to scared and hopeless.