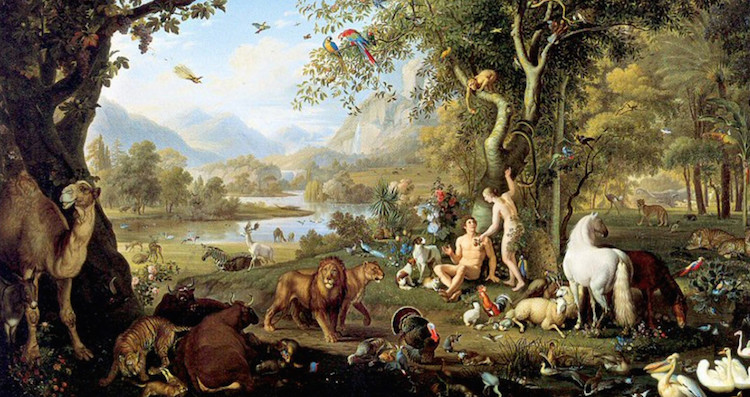 Oh, just saw this, it looks like this is trending now “God Loves You” on Twitter (globally). This is almost sad, this angry men made god of ours who people seem to think loves everyone – except those who do not accept their version of God, these poor souls will burn on earth and roast in hell.

I really needed to answer this one, so based on a statastic I recently got word of I added my own twit, “If God was real, would he love you? If you’re not one of the 22,000 children who are going to die today, I guess he does.”

The connection between god and men is a strange and puzzling, why would the supreme creator of everything obsessively ask and demand respect from its creatures, as well as monitor their every move, in the kitchen, in the streets and in the bedrooms?

It seems to me that its has something to do with the evolution of man-made gods, or actually with the development of the idea of god itself. In the ancient times  there were many gods, and people followed the ones they liked, like twitter – only for gods instead of people. They needed to show their love to their gods if they wanted any help, which made sense to them at the time due to the very human nature of gods. So gods were angry and jealous, they were fearful or greedy, they were like men, and if you wanted them on your side you needed to play nice.

The Greeks took it a step forward, not only improving the myth around gods but putting order to the whole thing, arranging a wide range of personal gods under the same discipline, which meant that you had less a chance to offend anyone by following a certain god, since they were all now cooperated. The Romans followed, keeping all along the idea that gods are like humans, only stronger, and that they have needs just like any of us. In fact they needed humans to worship them in order to keep their powers, they needed people to believe in them.

And then the almighty one god appeared, shaking off all the semi gods on the way, but retaining the idea that god needs people to be a god, and that it needs constant attnetion and praise, even though it is a perfect being, still needs attention… shame really.

God is so painfully man made, and so evidently flawed, that only the ones that are stuck in the dogma fail to see the light of truth, if you are a believer you are in a room without windows, believing that you are in a constant night, and you keep being nice to something that needs you to be nice – now that can not be godly.

Please, we have burning issues all around us, from politicians who sell us to corporates to poverty and hunger on a monstrous scale, that we need to focus on now and on the real priorities of our race, investing one second on something that is not there and never was there is preventing us from dealing with the real, terrifying, issues.