As you can probably guess this blog stands firmly for the right of anyone to express himself, and the right of anyone else to be offended by it, and that’s just as much words we need to waste on this obvious issue. So it was somewhat of a surprise to see the name Lars Vilks in the news, the immediate emotion was fear, fear that some crazy Islamist has murdered Mr. Vilks for his cartoon, almost 6 years ago, but it was not that, just the news of 3 people getting together to try and murder him for the same thing.

6 Years! come on, there must be an expiration date for being offended by a cartoon. Seems that the eagerness to murder and kill infidels is stronger that many other things, and if there is an excuse for it, why, that is almost crazy to resist.

These are people who do not move on, they a obsessive fixated on the sixth century, some 1,400 years ago, in the desert of Arabia. To waste your time plotting to murder a cartoonist who, six years ago, published a cartoon that made you angry.

Just the degree of seriousness on this issue should alarm anyone who is anywhere close to being normal.

Israel’s parliament has spent time and energy passing a law which is, amazingly enough, anti democratic and anti free speech, and all of this is because it seems that Israel’s prime minister and foreign minister are determined to show the world and their own voters that they will go to great lengths to protect the Jewish settlers in the occupied territories.

On this blog we frequently applause Israel, it is the only real democracy in its region, and even after this joke of “Arab spring” it will stay alone as a democratic country for a long time to be. Israel had been fighting terror as well as state funded terror which is the modern way Arab nations wage war, for as long as it has been in existence, and all that time has succeeded in keeping a viable democracy and a free speech policy, until now.

This is probably one of the lowest moments in Israeli history, when the parliament passes a law that forbids the public criticism of Israeli citizens actions, and in effect is a call to reduce the basic and alimentary human rights of anyone. This law is not only shameful but it also offers a glimpse into Israeli society, and it also shows that there is growing tensions between different political views, as well as the clear boycotting policy of a few of the Israeli-Jewish political left organizations.

There are, it seems, plenty of people who live within the boarders of Israel proper, who feel that the Jewish settlers are not helping the country, and that in fact they are doing their own thing for their own cause, costing a huge amount of funds to the Israeli taxpayer as well as calling for the protection of the army, mainly because these people live in an Arab Muslim area, which is hostile to them.

The attempt to silence criticism and to forbid public organizations to act against what they think and feel is wrong is barbaric and disgusting, the fact that the law passed casts a shadow over this proud country, and the only thing that is to give us some hope is that this law is already challenged by many in the Israeli society, some of whom are on the same political side as the settlers but who will not see the freedom of speech molested in this way.

And why all this on a Atheist blog? well, the reason these settlers are there is very much religious, they are religios fanatics who believe in the coming of the massayah and to bring forth his appearance believe that they should inhibit these parts of the country, on the other side you have the Muslims, who, clearly, have a very different idea of what the massayah will want, when and if he ever comes by. 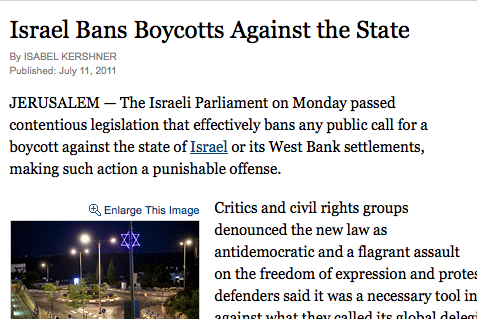 Europe still supports the freedom of speech and expression, the Netherlands has freed Geert Wilders and cleared his name. Well done Holland.

Here is the full news item, from “The Telegraph”

This one is going to be easy, you know free speech when it hits you, when you hear something you really do not like hearing, when the person in front of you has an opinion that is contradictory, even to the degree of offensive to yours. Free speech is not out there for all of us to enjoy, its out there for everyone to use and play with, for the idea that nothing will go unchallenged, that every idea out there will be contested, that any one of us will have a chance to know more because people are not afraid to speak their minds.

Free speech can be easily tracked to show how this is one of the major things that moved our civilization to a point that everyone could contribute, and present the free world its opinion, given that the idea expressed is not calling for the murder or people.

So unless you want to tell everyone that they should kill someone you can enjoy free speech and you can express your mind, and this is so dear to us in the west that we know we must protect it, and the founding fathers understood that at an age without internet and without computers, without a fax machine and fast printers, without RSS feeds and content syndication networks, which means that it is much more important today – and if there is one single thing that is precious to defend today is free speech – do not forget it.

If someone says something you do not like hearing, listen carefully and consider the arguments, wait for your turn to talk but do not close your ears to the claims of the other person, celebrate free speech and defend it always.