Even though Mel Gibson has shown himself to the world, on a couple of occasions, to be a Jew hating racist as well as a having very strong opinions about women and African American, it is almost a shame to point out that his latest declaration of going on to produce a movie about Judah the Maccabee is just another step towards messing up, once again.

Gibson, a film maker who had won awards for his work in the past, should really focus on making bloody and ultra violent movies his audience likes, ones he can play the hero and do his trademark eyes rolling bit when the character is torn to pieces by barbaric opponents. Any film about the Maccabees opposition movement in Israel some 2,000+ years ago would need to go into many other aspects of the opposition to the Hellenistic conquering army and to the way these radical Jews treated their own people in forcing them to oppose Hellenistic culture.

The hero in this case did not only lead a war against a rising empire (and win) but also conducted child kidnapping in order to circumcise Jewish children (and sometimes adults) who did not have the procedure done on them because their parents adopted the Hellenic way of life, he also murdered Jews who turned away from religion and forced many back, this is a guy who was very much much like a local Taliban leader in modern day Afghanistan, the only thing to his credit (and to the shame of modern day Muslim countries) is that he was alive 2,300 years ago, when you were expected to behave as a barbarian.

Gibson’s movie about Jesus Christ, in which he deliberately set the middle east on fire by handing Muslims a movie that clearly states that the Jews who lived 2,000 years ago were OK with any Jews in the future suffering the punishment for what they did, thus it is completely alright to kill Jews today, because their distant possible relatives from 2,000 years ago say so in Mel Gibson’s movie.

Looks like whatever he does, he ends up slandering Jews, maybe he should try and make a movie about women’s rights… 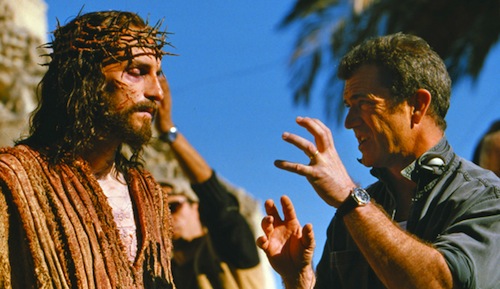